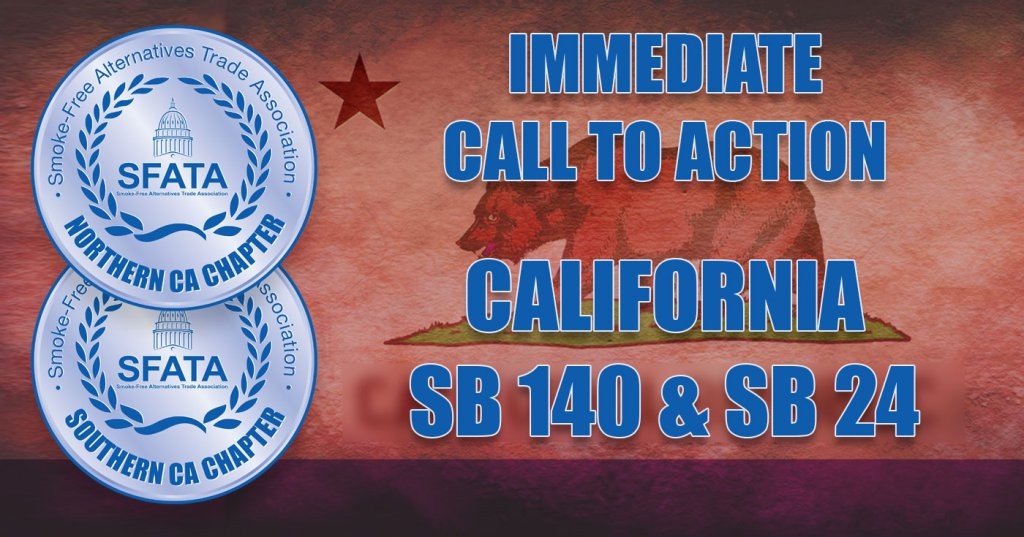 Senate Bill 140 (SB140) would make California the fourth state to pass regulation that treats vaping the same way as smoking. This will severely hinder current smokers from having easy accessibility to a vapor based alternative and likely putting most industry stakeholders out of business.

The bill IS scheduled for its first hearing in the Senate Health Committee on Wednesday April 8th at the State Capitol in Sacramento (John L. Burton Hearing Room 4203) at 1:30pm. We strongly encourage our members and industry stakeholders (including non-SFATA members) to attend this hearing and oppose this bill.

About Mark Leno, SB140, and its sponsors:

The bill is being sponsored by the American Cancer Society, American Heart Association, and American Lung Association.